Fighting for the safety of her newborn and her peace of mind.

A judge granted Katy Perry a permanent restraining order against a 38-year-old, allegedly homeless man named William Terry who recently trespassed on her property. Katy filed a petition seeking protection from William after he jumped the fence of her home in Beverly Hills in September and refused to leave. He was apprehended by Katy’s security until the LAPD arrived to arrest him.

The restraining order extends protection to Katy, her partner Orlando Bloom, their 1-month old daughter Daisy and Orlando’s 9-year-old son Flynn. It explicitly prohibits William from coming within 100 yards of Katy and her family and forbids him from contacting or posting about her, her family or her staff on social media for the next 3 years. Terry is also banned from attending any of Katy’s concerts or live performances. 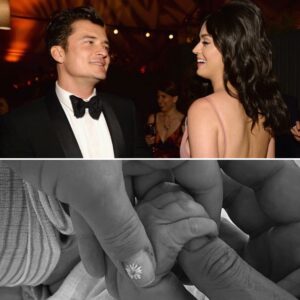 Katy claims that Williiam’s threats have been ongoing for months. She asserts that he also attempted to break onto her property in August and that he has been posting threatening messages concerning her on social media since at least December 2019. The alarming posts include sexually provocative content about Katy, threats to “snap Orlando Bloom’s neck,” and hopes that Flynn and his mother/Orlando’s ex Miranda Kerr would “catch covid and die.” 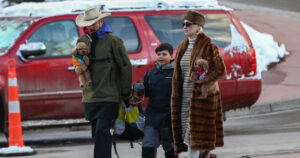 Katy says that given this thread of disturbing behavior that William “…poses a violent threat…” to her and her entire family and that she is fearful for their safety given the possibility that he could own, possess or have access to firearms. Slightly calming, is that as a result of the restraining order it is illegal for William to “…own, possess, buy or to buy, receive or try to receive, or otherwise get a gun while the Restraining Order is in effect[.]”

Do you think the restraining order will actually be effective in controlling the behavior of this homeless man who most likely suffers from some form of deranged mental disturbances?