Model, Draya Michele had a lot to say regarding Megan Thee Stallions shooting incident. Draya’s remarks were savagely inappropriate and may have been a deal breaker for the Fenty Brand. In a video, Draya is seen comparing singer, Torey Lanez and rapper Megan Thee Stallion to the late Whitney Houston and Bobby Brown. Draya then proceeds to say, “I’m here for it. I like that. I want you to like me so much you shoot me in the foot too.” Rihanna was once a domestic violence victim, so there is no surprise that her company has no tolerance for misconduct ridiculing and condoning domestic violence practices. Rihanna may have thought it was in the best interest of the company to terminate the contract deal. 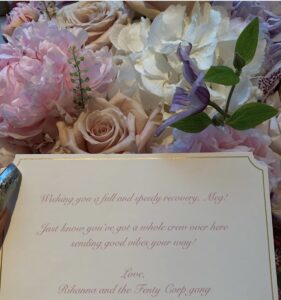 The contract more than likely included a morality clause that probably triggered the termination of her deal. Morality clauses allow companies to terminate contracts based on behavior that could damage the company’s reputation. Morality clauses are very common in celebrity endorsement and agreement deals. Companies put morality clauses in agreements to reduce the risk of unethical behavior that could ruin the company’s reputation. Disreputable conduct can cause companies to lose money. Companies can also experience public backlash on social media from a party’s misconduct. Since Draya and Megan are both Fenty Savage brand ambassadors, it makes sense for the company to drop Draya. Morality clauses can be enforced and upheld in court. Draya may argue that her comments were made off duty, but that does not matter. It is common for employees to be terminated for off-duty conduct. Draya’s comments appeared unethical. The company more than likely used discretion to address ethical concerns. If the termination is true, Draya could try to fight the termination especially if the termination violated California’s labor and employment laws.

Draya’s comments were upsetting to people including Megan. Fenty has not made an official statement about the alleged termination. However, the company has unfollowed Draya on social media and removed all posts involving her from their profile. It is understandable that Fenty wants representatives of the company to keep in line with the law and what’s ethically acceptable in society. Therefore, Draya likely lost the deal due to a morality clause agreement.