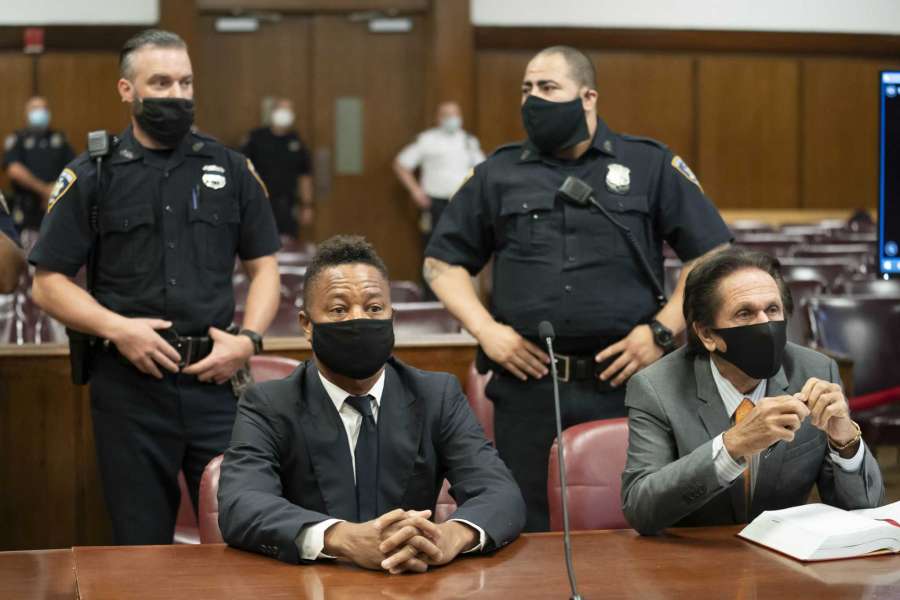 A judge ruled that Cuba Gooding Jr.’s lawyers cannot use a woman’s feelings about her breast size to discredit her mental state in a sexual assault suit against him. Cuba’s lawyers argued that this line of questioning was intended to prove the accuser’s self-esteem issues which in turn, impact her perception of events.

On Thursday, Cuba and his legal team appeared for a preliminary hearing for a trial determining his culpability in a Manhattan incident involving his alleged groping of a 30-year-old woman’s breast at Moxy Hotel in Times Square. In October, he pled not guilty to 6 misdemeanor sexual abuse charges brought forth by 3 women.

The proceeding was meant to clarify issues including what was permissible to ask the witness at trial. His attorney, Peter Toumbekis had a back and forth with judge Curtis Farber over the admissibility of certain questions. Toumbekis confirmed that he intended to ask a witness what she felt about her breast size and her preference for threesomes to which assistant district attorney, Jenna Long responded: “That is simply offensive.” Long insisted that the questions were barred by the rape shield law, which constricts an attorney’s ability to cross-examine a rape victim concerning their past sexual behavior.

Toumbekis attempted to “spell out” its relevance by making a tenuous connection between the question and a blog post where the witness admitted being self-conscious about her breast size. He claimed that this was intended to demonstrate that she “sometimes misconstrues what other people are saying to her because of her own self-esteem issues.” Even though Toumbekis insisted that the logic behind it was as simple as “…one plus two equals three,” the judge did not agree that it was a “fair” line of questioning.

At the hearing, Long revealed that 8 more women accused Cuba of sexual misconduct, bringing the total count to 30 women who have come forward. Such conduct ranges from nonconsensual kissing to aggressive touching, including an October 2018 butt pinching incident at Tao and a June 2019 thigh/breast groping incident at Magic Hour rooftop in NYC. 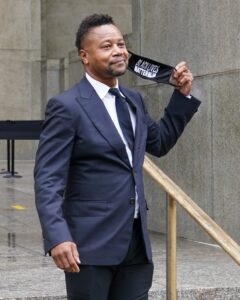 Judge Farber left open the possibility for Cuba’s legal team to bring forth other arguments in the future for why such questioning should be permitted. Outside the courtroom, Cuba did not answer the media’s questions as to what he thought about his legal team’s defense strategy. He did however make clear his support of the “Black Lives Matter” movement by giving a thumbs up to reporters and flashing lettering on the inside of his mask that read “Black Lives Matter.”

We will see how creative Cuba’s legal team can be in the future to convince the judge that body issues correlate to a woman’s misperception of sexually inappropriate conduct.