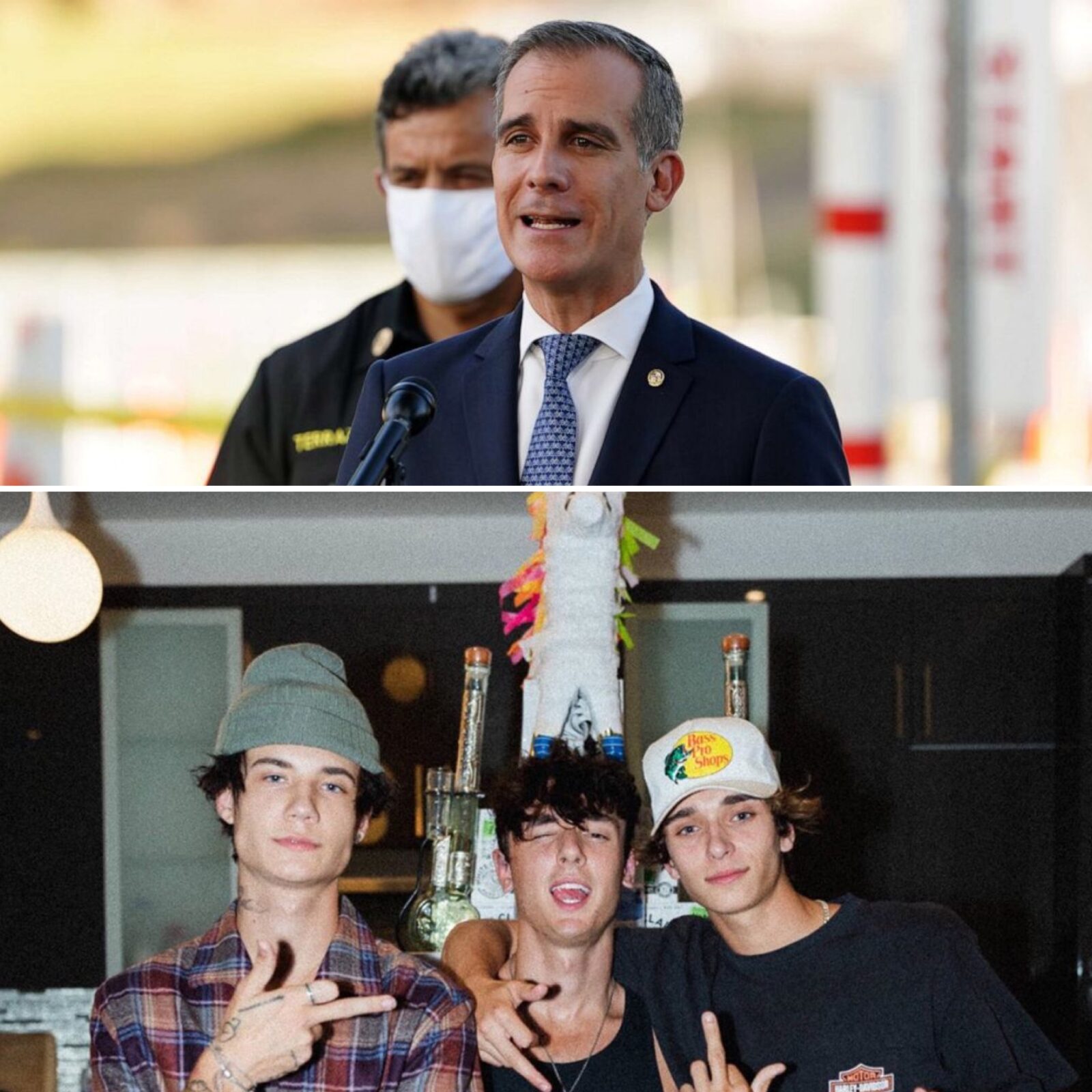 But they were just protesting the tragic effects of low-grade tequila….

Eric Garcetti (LA Mayor) turned off the power at a Hollywood Hills home after 3 Tik Tok influencers continued to throw parties in “flagrant violation” of COVID public health orders. On Wednesday, Garcetti publicly tweeted about the decision explaining that it was an effort to prevent the spread of the virus. 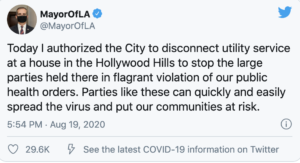 Shortly after the tweet, reports surfaced that the residence belonged to TikTok personalities Noah Beck, Bryce Hall, and Blake Gray. Blake posted a video confirming that they had lost power to the house which showed him walking around in the dark and featured a cameo of Bryce complaining that he was forced to take a cold shower. A GoFundMe was satirically initiated after the release of the video with the goal to “Help Bryce Hall Shower.”

Many influencers have recently been admonished for hosting ‘bangers’ during lockdown. YouTube sensation Tyler Oakley tweeted “if your favorite influencers are at huge house parties during a pandemic…they are bad influencers. unfollow them.”

On August 4th, in response to a mansion party in Beverly Hills, Los Angeles County Department of Public Health issued a “legally binding health officer order” that “prohibit[ed] gatherings, including parties, during the coronavirus pandemic in order to protect the health and lives of county residents.” The department clarified that any “[v]iolation of or failure to comply with the [order] is a crime punishable by fine, imprisonment, or both…” 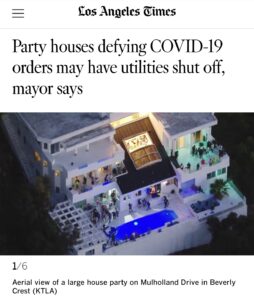 Shortly after, Garcetti announced that he had authorized the city to turn off utility services for 48 hours at residences where the LAPD has confirmed a party is occurring, and where there is evidence of repeated use of the venue for large gatherings. The intent of the order was to prevent “[t]he consequences of these large parties [that] ripple throughout our entire community because the virus can quickly and easily spread.”

Do you think that Garcetti should be capable of shutting off water and power to homes that are “turned into nightclubs” given these unprecedented times?