Belcalis Marlenis Almánzar aka #WAP rapper #CardiB filed a divorce petition in Fulton County, Georgia, on Tuesday, requesting an end to her marriage to #Offset aka Kiari Kendrell Cephus. 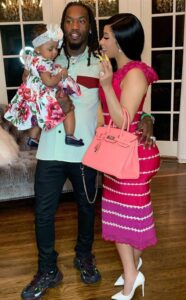 According to the petition, obtained by USA TODAY, Cardi B wants legal and primary physical custody of the couple’s 2-year-old daughter, Kulture. She is also seeking an equitable division of their marital assets as well as for Offset to pay both child support and all of her legal fees from the divorce.

However, they rushed to get married in their hotel room 3 years ago so most likely there is a no prenuptial agreement which means any of Cardi’s assets prior to marriage may be up for grabs. It should also be noted because she was famous before she married Offset and technically is probably worth more since her streams of income go beyond music therefore Offset could stand to gain more in the divorce although spousal support is less likely since he is also financially well off. 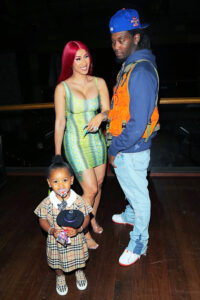 Regarding, child custody there can be only sole or joint physical and legal custody of a child. Cardi asked for primary physical custody of Kulture since she is probably planning to keep her daughter more and potentially live in a different state from Offset. This means if she is successful with her custody request, that Offset will be responsible for child support which will mainly be determined by Offset income and time spent with Kulture. Noticeably she didn’t ask for sole “legal” custody which means Offset will still be able to equally participate in medical, educational and well being decisions of the child.

This is the second time she has announced breaking up with Offset (first time in Dec 2018).

Do you think it’s final this time? Their first hearing is in November.