She is “shocked and devastated” and demands “accountability.”

Vanessa Bryant, widow of basketball legend Kobe Bryant, filed a lawsuit against the LA County Sheriff’s Department for graphic photos taken and shared by emergency personnel in the aftermath of the fatal helicopter crash that killed her husband, their 13-year-old daughter Gianna and seven others. Vanessa claims that on the day of the crash (January 26) she asked Sheriff Alex Villanueva personally to designate the site a no-fly zone and to restrict photographers’ access to the site as a precaution to protect her family’s privacy. 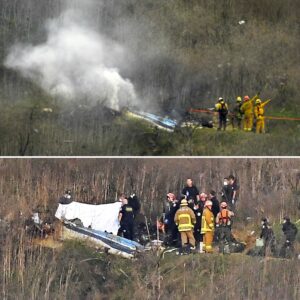 Despite assurances by the Sheriff, soon after the crash a deputy responder was overheard sharing an image from the crash site with a woman at a bar in Norwalk, CA. According to the complaint, the bartender reported the interaction with the Sheriff’s Department and rather than notifying the victims’ families, Sheriff Villanueva “directed a coverup” by foregoing disciplinary action against deputies involved as long as they deleted the photos. Sheriff Villanueva conceded in an interview with NBC in March that he ordered eight deputies to delete photos that they had personally taken of the crash in an effort “to make sure those photos no longer existed.”

Although according to Sheriff Villanueva, “as a result of [his] swift actions…no pictures made it into the public arena,” Vanessa is adamant that there is no guarantee that all of the photos were deleted and that she “feels ill at the thought of strangers gawking at images of her deceased husband and child and she lives in fear that she or her children will one day confront horrific images of their loved ones online.” 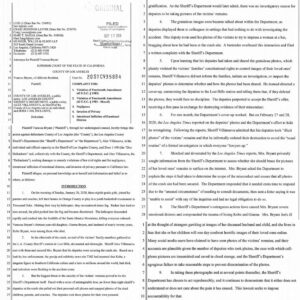 The lawsuit alleges that “no fewer than eight sheriff’s deputies” took photos of the deceased on their “personal cellphones” and for “their own personal gratification.” Vanessa is seeking unspecified damages for negligence, intentional infliction of emotional distress (IIED) and invasion of privacy. Invasion of privacy is a broad tort claim and under the facts, Vanessa is most likely alleging either public disclosure of private facts and/or intrusion upon seclusion. Typically, any disclosure of medical information or police records is brought as an action under public disclosure of private facts. 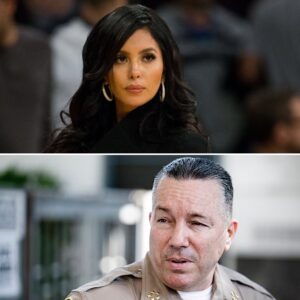 Given Kobe’s fame and the public nature/coverage of the crash, do you think Vanessa will be successful in bringing her invasion of privacy claim?